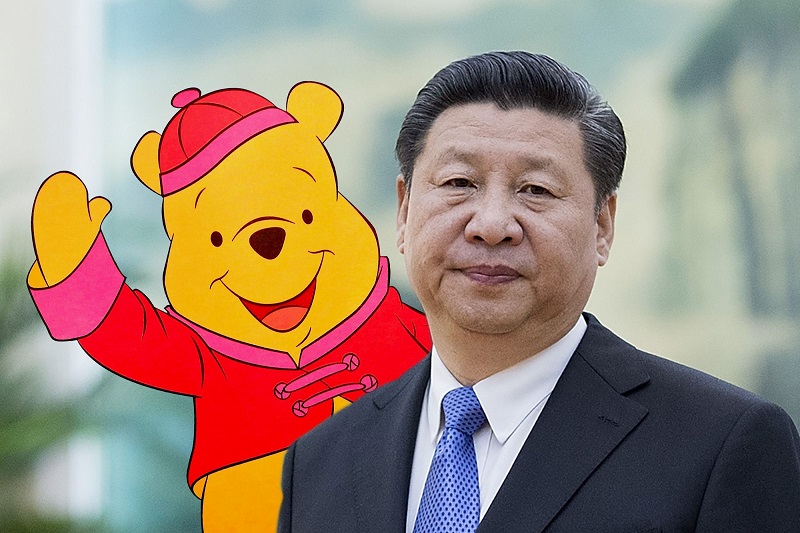 Some Chinese government officials stationed abroad apparently have gotten sick of the “China bashing” in the West and the scrutiny and criticism Xi Jinping’s policies have been receiving in Western media. They have gone in the counter-attack, driven by the China first ideology. Quite a few of these diplomats have -in the footsteps of their nemesis Trump- even opened twitter accounts in order to “better communicate” with countries and explain China’s situation and policies. Ironically, the use of Twitter is blocked inside China itself.

Over the past few months a diplomatic row has (again) erupted between Sweden and China. At the centre of the row lies the fate of Swedish citizen Gui Minhai, a Hong Kong-based-bookseller who had published books criticising the Chinese communist leadership. Mr Minhai was abducted by Chinese agents in 2015 (on a holiday in Thailand!), then surfaced in mainland China where he was forced to stay and re-arrested in 2018, while travelling to Beijing in the company of Swedish diplomats! Minhai has since remained imprisoned. Although Sweden has declared these actions a violation of international law, China claims that Mr Minhai is a criminal guilty of very serious offences. Cases like these also explain why a large part of the population of Hong Kong fiercely protested against the extradition law proposed by governor Lam: with such a law in place people rightly fear Beijing would not even have to resort to kidnappings to shut up critical opponents, but could just use formally approved regulations to pressurize the Hong Kong government to turn over any citizen criticizing the communist government…

Last November, the Swedish branch of PEN awarded Mr Minhai a freedom of speech award in absentia. The Chinese responded immediately: Swedish ministers who attended the ceremony were termed persona non grata. A Chinese trade delegation cancelled its trip to Stockholm. This week Sweden’s government summoned the Chinese ambassador in Stockholm, Gui Congyou , to talk about his recent comments on Swedish TV that compared Swedish media coverage of China to a lightweight boxer who “provokes a feud with a heavyweight. The 86kg boxer, out of good will to protect the lightweight boxer, advises him to leave and mind his own business, but the latter refuses to listen, and even breaks into the home of the heavyweight boxer. What choice do you expect the heavyweight boxer to have?” said the outspoken Gui. He added the embassy would be justified in denying visas to journalists who did not want to visit China to “promote friendship, communication, understanding and cooperation”. In response Swedish Foreign Minister Ann Linde described the envoy’s statement a completely unacceptable threat.

Seven out of Sweden’s eight biggest newsrooms said that in the last two years the Chinese embassy had contacted them and criticised their content on China, according to a survey conducted by Swedish national television. News outlets considered too critical have received emails and phone calls from the embassy and some journalists have been invited to discussions to learn about the official – and “correct” – state of affairs in China.  News media in other European countries have also mentioned receiving calls by Chinese government officials and embassy staff after writing critical pieces about the PRC…

The Dutch government has recently received a -more veiled- threat too, after Dutch news agencies finally picked up on the Reuters story regarding the American campaign to influence the Dutch government’s decision on granting a license to ASML for the export of its EUV chipmachines to the PRC. This license has been suspended. Ambassador Xu Hong said last week that the relationship between the Netherlands and China is at risk if the government of Prime Minister Mark Rutte continues to block the export of ASML chip machines to China for political reasons. Well, let’s not forget the Dutch government still has to clarify its final position on the role of Huawei in the 5G roll-out: there is still a chance ambassador Xu will get even more agitated… https://www.mijngroeve.nl/history/the-die-is-cast-huawei-banned-from-core-of-dutch-5g-network-at-last/

A little debate on Dutch TV between 2 Dutch parliamentarians on the ASML export license issue was enlightening for the fact that none of them wanted to clearly say they are pro or contra such a permit. They both stressed the importance of free trade and national security. They also both expressed the hope for an united EU policy on China, while at the same time confessing Europe is too fragmented in its approach.

China has been playing different roles for or in Europe and around the world. It is, simultaneously, in different policy areas, a cooperation partner with whom the EU has closely aligned objectives, a negotiating partner with whom the EU needs to find a balance of interests, an economic competitor in the pursuit of technological leadership, and a systemic rival promoting an alternative model of governance.

How European governments/politicians form their opinion on f.e. the export of sensitive technologies or know-how does depend on which role they (prefer to) assign to China: in case it would be considered predominantly a systemic rival by the Dutch government or parliament, ASML would most likely not receive any export license. It would be better if the Dutch parliament itself would have a grand debate on these (perceived) roles of China and our related China strategy in the context of the unfolding American-Chinese rivalry: what (values, interests, know-how) to protect and what to share in the relationship and exchange with the PRC, how to find a balance between national security and trade etc?

By the way, in the Dutch TV discussion the viewer was given the wrong impression ASML would be mostly depending on the money generated by its EUV machine export to China to drive its future innovation: the Dutch company has big American, South Korean and Taiwanese clients for these machines, in which it’s a world leader. If the Dutch government would decide to not grant ASML any China export license for EUV machines for the foreseeable future, ASML would probably be more concerned about losing business in other, somewhat less advanced, lithographic machines for which competing, international alternatives do exist on the market for the Chinese customers.

Let me also point out the Taiwanese semiconductor industry was in second place in global production value in 2019 with a market share of 20%, second only to the United States, which enjoys a >40% market share. The semiconductor industry covers chip design, manufacturing and packaging/testing segments, with the manufacturing segment accounting for more than 50% of the industry’s total production value. The chip manufacturing sector comprises the foundry and memory chip segments. The output of Taiwan’s chip manufacturing and packaging/testing segments is said to be No. 1 in the world, accounting for ~70% and 50% of the global market, respectively.

Naturally China is trying to catch up via its “2025 made in China plan”, but currently Taiwan is the semiconductor manufacturing powerhouse, with TSMC, the pure-play foundry as its undisputed champion, serving numerous American and European high-tech companies. And ASML is for its business still more depending on TSMC in Taiwan than SMIC in China…Perhaps good for the Dutch government to keep in mind when it receives additional threats from the Chinese ambassador. And for the EU to acknowledge the urgency of reviewing and formulating its stance and approach towards Taiwan in view of the increasing tensions in the South China sea…

The two Dutch parliamentarians underlined in their TV debate the Dutch government should above all make its own judgement and final decision on ASML independently, i.e. without being bothered or influenced by the noise and pressure of feverish (American or) Chinese ambassadors. That would be easy as long as there would be no (economic, strategic or military) dependency on (either the Americans or) Chinese. Merkel f.e. has recently been warned by another feverish Chinese ambassador in Berlin, who threatened with repercussions against German car exports/sales to China if the Chancellor would ban Huawei from the 5G network. BMW and Daimler did more than one-third of their total car sales in China in 2018. For Volkswagen, the share was even bigger at 40%….

Merkel and her own partymembers are at loggerheads on what to do now, Germany still has not made a decision on the Huawei topic. That might serve as a lesson and warning for the Dutch government and ASML…In the current geopolitical controversy European politicians can no longer allow the business as usual approach with China and just rely on the common sense of enterprises…

The Chinese, meanwhile, should contemplate if making threats to European countries and governments will in the end turn out to be very productive. While the Chinese market has not lost its appeal for European enterprises, European politicians are increasingly being forced by the US-China geopolitical “trade” or technology war, to (re-) consider and re-define the value of existing, historical alliances such as NATO, the transatlantic relationship, the geopolitical role of the EU, free trade vs national security, industrial policies and the economic level playing field, democracy, freedom of speech and privacy, and digital sovereignty.

While the EU’s relationship with the Trump government is at a historically low, politicians all across Europe can not have failed to notice the American Congress as a whole has begun to view China as a system rival. The EU will have to re-think and define which international order, values and rules it would like to stand for and protect. A public debate is required to have local governments and parliaments and the EU discuss and eventually define new rules of engagement with China, which impressively and successfully transformed its economy, yet is still an authoritarian communist state, eager and ambitious to spread its sphere of influence and development model across the world. If Europe doesn’t want to get squeezed by the US-China feud, it has to rise to the occasion and speak out for itself. https://www.mijngroeve.nl/history/us-eu-and-china-further-escalation/ https://www.mijngroeve.nl/history/january-2020-a-hot-month/

Multiple Chinese threats towards officials and media in European capitals are not likely to push European opinions in the direction favored by the CCP…By having feverish ambassadors intimidate local European governments, China is likely to lose instead of making friends. Xi Jinping would be wise to quickly contain the spread of this new Chinese virus as far too many Chinese embassies seem to have already been infected with “the China first disease.”

Thanks for tuning in to my ZFM Jazz broadcast of January 8, 2023, link to the full broadcast 'Cast your fate to the wind' is available.