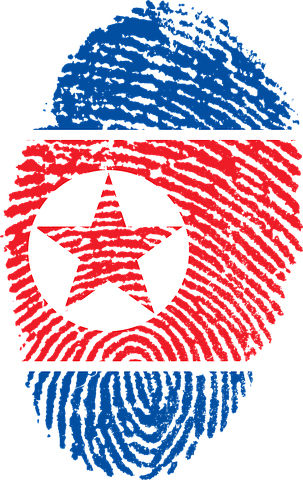 Each time North Korea is making headlines I remember the time I played soccer with some North Korean students in Beijing, China, in the early 1990s. What has happened to them and where are they now? Do they play any part in the government or politics of today’s North Korea? Those students are meanwhile fifty plus, still living under a dictatorship, led by the thirty something Kim Jong un. Unfortunately, I can’t answer my own questions..

In 1990 Beiwai, the Beijing Foreign Studies University, harbours around 20 North Koreans, mainly men, about 25 to 35 years old. Some are married, their wives and children have probably been forced to stay in North Korea. This group of twenty belongs to a small elite, closely related to the Communist party, and is part of the lucky few who are eligible for a study abroad. In practice, abroad means either Russia or China. There are probably in total between 100 to 200 North Korean students in China in 1990, mainly in Beijing and in Harbin, in the far north of the country. Those at Beiwai are allowed to spend 6 years there: the first three to four years to fully master Chinese, the remaining years to improve their English.

The North Korean school system consists of 5 years primary school and 6 years of high school. Until the mid-90s, only high schools teach foreign languages, predominantly Russian and English. The current leader Kim Jong un decrees in 2011 foreign language education should already be kicked off in elementary school. The rise of China has nowadays made the Chinese language the most popular among North Korean students and pupils. After the fall of the Soviet Union in late 1991 Russian has steadily lost its appeal.

In 1990 the Beiwai campus is split in two by a motorway: the student flat and classrooms for foreigners are located on the west side and all buildings and dorms for Chinese students on the other side of the road. Around 8 Chinese students share an extremely sober and poorly lit room filled with bunk beds. The better equipped rooms for foreign students are shared by 2 people. The North Koreans do initially all live on the ground floor of our dormitory. The other foreigners reside on the remaining floors: the Westerners (mainly Europeans) and South-East Asians on the first, the Japanese on the second, and the Russians on the top floor.

The North Koreans have seperate classes, they don’t mingle at all with other foreign students. But football offers me a chance to come into contact with this select group. Soccer is extremely popular in China and in North Korea. As I am showing off some soccer tricks in front of our student building on a random winter afternoon, two North Koreans suddenly approach me to ask if I want to join their team which plans to register for the university tournament in the spring of 1991. The university board eventually deems it unwise to have one complete North Korean team in the tournament: instead the players are spread over different Chinese teams. Together with three North Koreans, including a keeper, I end up in a team of Chinese students fully unknown to me. The competition consists of a poule system with cross-finals and final and is played on a dusty, bumpy sand pitch on the Chinese side of the campus. In the well-attended semi-final, our team is defeated in a fiercely fought match of low quality, which doesn’t seem to bother the enthusiastic spectators. In return for my participation I am rewarded with several invites by my North Korean teammates to join their BBQ parties, which are staged in their rooms (!) on the ground floor or – if weather permits – outside in the garden. The North Koreans turn out to be BBQ masters who know how to make very tasty meals out of little. The beer and rice wine do the rest…

In the same period, the keeper (unfortunately i don’t remember or have his name, making it totally impossible to track him down) has to move to the first floor with his roommate due to the lack of space on the ground floor after the arrival of a few more students from Pyongyang. These two now suddenly have the opportunity to chat with other foreign students in the corridor…

The North Korean students do openly express their admiration for the – in their eyes- considerable prosperity and luxury in Beijing. Even though the Chinese economic reform policy has abruptly come to a halt after the violent crack down on the student demonstrations in June 1989 and the economic achievements are still relatively limited in my western eyes, these North Koreans do clearly recognize China has laid a fundament for economic progress and development. They praise the wide range of available products in stores and markets and speak highly of the public facilities in Beijing. Of course, an indepth discussion on China and the situation in their own country is taboo, especially since I am rarely given the chance or time to talk to them one-on-one. Each North Korean fears his fellow countryman could be an informant. Furthermore, according to the official North Korean party line China has been a renegade Marxist state since the mid-1980s. The strong dissatisfaction of part of the Chinese population towards the communist party as expressed in 1989 is not a suitable discussion topic either. Pyongyang has publicly applauded the Chinese government’s bloody suppression of the demonstrations. The conservative wind which has overtaken Beijing in 1990 is warmly welcomed by the North Korean regime.

My conversations are limited to their experiences in Beijing, school, family and football, light topics. The North Korean students are highly motivated to learn Chinese. They also want to practice their English whenever they can. Like any Chinese I meet, these North Koreans have heard of the successful Dutch national soccer team of 1988. They are genuinely interested in my life and hobbies, my food and music preferences. In a rare unguarded (!) moment the keeper proudly shows me one of his most valuable personal possessions, a cassette tape of the Velvet Underground !! He has received the tape from an Australian student. Occasionally he enjoys this forbidden fruit when he is alone in his room. You can imagine my surprize as together with his roommate, he shows up in June 1991 at my birthday party to which my other foreign friends and fellow students have been invited too. As a matter of fact these two North Koreans even jump onto the full dance floor, shaking their hips to the sounds of Michael Jackson’s “I am Bad”, coming out of an old radio-cassette recorder. Football has apparently made me their comrade: they won’t turn down a friend’s invitation to a party, at least that’s the impression I get.

If you hear something about North Korea these days, it usually means “bad news”. Back in 2002 George W. Bush already labels North Korea, Iran and Iraq the Axis of Evil. Since the turn of the century Pyongyang has accelerated the development of its nuclear weapons, which culminates in the first North Korean nuclear test in 2006. The nuclear and missile arsenal of North Korea has turned into a huge, international problem in 2019.

No doubt North Korean students who acquire(d) knowhow and knowledge in China and Russia and meanwhile also in India and Pakistan, have been contributing to the build up of this arsenal. While the focus in the 1980s and early 1990s was still more on learning languages and mastering economic or agricultural skills, over the past 2 decades the North Korean interest has shifted towards gaining and gathering technical and engineering expertise and knowhow.

In the 80’s up to early 90’s, the West still had a shimmer of hope North Korea would embark on a similar economic reform path as taken by Deng Xiaping at the end of the 1970’s. Since the mid-1990s, this hope has been replaced by fear the North Korean regime just prefers to stick to the nuclear option for its self-preservation and survival. Economic reform or a perestroika in North Korea seem an illusion. From mid-to late ’90’s North Korea even suffers from a grueling, man-made famine…Adquate food supply remains a problem up to today.

The flow of North Korean students to China has nevertheless been growing steadily. Over the past 10 years thousands of North Korean have reportedly been staying in the PRC, mainly studying at technical universities, such as Harbin TU. The preferred studies: engineering, space and aeronautics, math, physics and metallurgy. Only a few dozen North Koreans choose to study at a Russian universities.

China and Russia formally endorse and adhere to the strict UN sanctions against North Korea as issued in 2016-2017. These international measures are intended to curb the transfer of sensitive military and technical know-how to Pyongyang. Students from Kim Il Sung University, Kim Chaek University of Technology, Pyongsong College of Science and the National Defense University are predominantly associated with Pyongyang’s nuclear ambitions. It is not clear whether Russia and China fully adhere to the international sanctions, which should include a ban of North Korean students from these universities. In 2017 China said it would drastically reduce the number of North Korean students at technical universities. It’s uncertain if the Chinese government has really enforced such a policy in view of the rapidly deteriorating American – Chinese relations since 2018.

What the coming second Trump-Kim Summit at the end of February 2019 will bring is just as unknown. Let’s keep a glimmer of hope North Korea will do the right thing by finally giving more pro-reform forces a chance, instead of desperately clinging to its nuclear survival strategy. A kind of velvet revolution… No longer all party propaganda is believed and swallowed by everyone inside North Korea. Today’s North Korea is less hermetically sealed than before. Since the turn of the century, Pyongyang has been sending thousands of workers around the world each year, from Russia to the Middle East and into Africa. They are mainly used by the government to bring in foreign currencies. But apart from foreign exchange, these workers also bring back their memories of their foreign adventures to their home country. Quite a few North Korean diplomats, students and overseas workers have applied for asylum in recent years, disappointed by the lack of the much needed structural economic reforms in North Korea.

Perhaps our North Korean goal keeper and Velvet Underground fan will finally get an opportunity to contribute to such a velvet revolution somewhere in Pyongyang. After all, let’s not forget it took the VU more than 30 years from their debut in the mid-60s to be acknowledged and appreciated by the community of rock critics! Seen in this perspective our North Korean keeper was certainly ahead of his time in 1990! Hopefully the despot Kim Jong un is “beginning to see the light” as Lou Reed sang a long time ago…

– for news on developments in North Korea, refer www.northkoreaninsight.com,

– n 2002 the BBC did broadcast a fascinating documentary “The Game of Their Lives” about the legendary performance of the North Korean national football team at the 1966 World Cup in England. A World Cup that was also closely followed by Rinus Michels, starting his coaching career. Against all odds North Korea managed to get into the quarter finals, by beating mighty Italy among others. In the quarterfinal at Goodison Park in Everton, the North Koreans initially outplayed Portugal with a proto version of total football. But Eusebio’s Portugal came back from 0-3 and eventually managed to win 5-3. The North Koreans returned home: these players were never heard from until 2002.

The BBC (filmmaker Daniel Gordon and producer Michael Bonner) was given permission in 2001 to interview the players of this team in North Korea. Players and English spectators reminisce. This documentary was shown in both North and South Korea. Occasionally this documentary still appears on TV, but as a DVD it seems no longer available. Also recommended is Gordon / Bonner’s “A State of Mind” from 2004, a penetrating portrait of 2 gymnasts aged 11 and 13, their complete dedication to their sport and their relentless love for North Korea, Kim Il-Sung and Kim Jong-il.