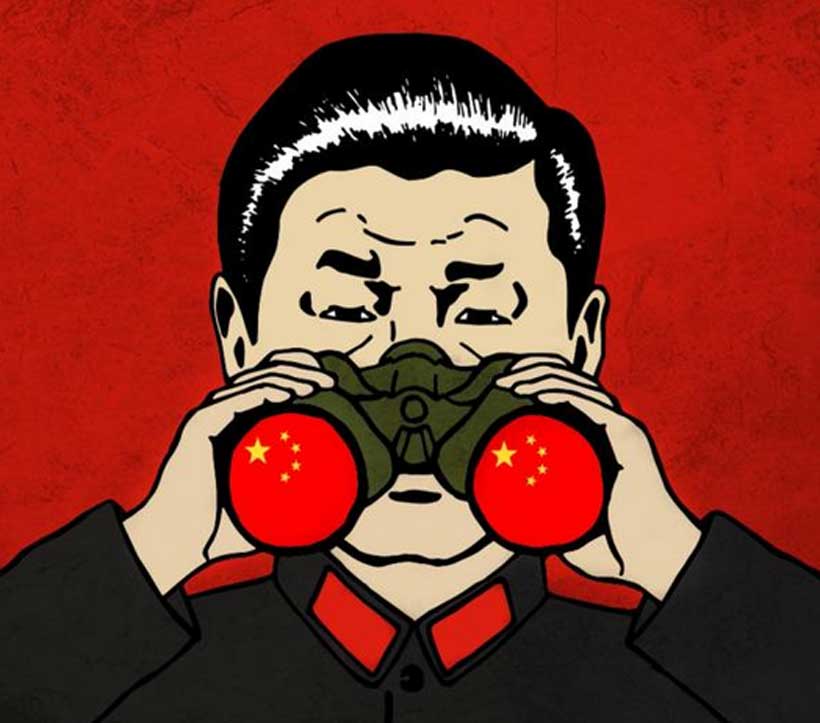 © image of the cover of Daniel Wagner’s book “China Vision: China’s Crusade to Create a World in its Own Image” 2019. : No copyright infringement intended. All rights belong to their respective copyright owners.

As already reported, in its letter of July 1 2019, the Dutch government adopts a socalled “country-neutral approach” with respect to the future roll-out of the 5G network. Certain countries or players such as Huawei from China are not ruled out from participation. But telecom providers (KPN, T-Mobile and Vodafone / Ziggo) are to take additional security measures to increase the resilience of the critical components in the 5G network, according to the government. It sounds like a diplomatic approach to not offend China and Huawei in public, see also https://www.mijngroeve.nl/history/netherlands-huawei-waiting-for-rutte/ and https://www.mijngroeve.nl/history/huawei_implications-of-the-letter-of-the-dutch-government_update/

Those critical components will be identified based on a risk analysis. Some suppliers are likely to be excluded from participation for a part or the full 5G network due to these new precautions. At the start of the autumn the EU (= the agency for cyber security) will draft a final conclusion based on the risk analyzes of the individual member states. Once the EU has completed this exercise, the Dutch cabinet is to lay down these tightened safety requirements into an official general administrative regulation for everybody to follow.

Since July 4 all political parties have gotten actively involved in the political debate about 5G. There are 3 major themes:

I will limit myself to 1 & 2. The health risks’ topic will require a lot of research in the coming years (which no doubt will lead to a divided opinion in the medical world).

The debate in Dutch Parliament, July 2019

During the debate Minister Grapperhaus underlines the critical components could be located not only in the core but also in the periphery of the 5G networks !! “It is not yet clear how these networks will exactly look like. In our approach we first look at critical elements and these are determined on the basis of to be protected functions/interests, whether they are at the core or elsewhere”, says the minister. Telecom experts have already indicated a lot of data handling in 5G does happen in the edges of those networks. Nevertheless, the government is confident a robust and country-neutral approach can be realized which will safeguard the security of telecom networks and the related security interests of allies and partners in the NATO and EU.

In other words, the Dutch international cooperation and exchange of information with American intelligence services, which have already completely banned Huawei from their 5G infrastructure, is guaranteed, according to Grapperhaus, even if Huawei would be permitted a limited role in the 5G roll-out in the Netherlands.

Most parties in Dutch parliament support this “country-neutral” approach. Only the SGP and PVV want to completely ban the Chinese in advance, Groen Links has not made up its mind yet. The parliament adopts a few additional motions, the most striking of which tell the government:

a) it is desirable the critical parts of the networks will only be supplied by reliable parties who meet the to be specified safety requirements b) not the auction revenue, but national security must be the guiding principle for the 5G frequency auction c) specific regions with vital services and processes must be protected, such as ports, Schiphol, brainport, greenports, ministries and the House of Representatives….

The above motions f.e. imply the municipalities of Amsterdam & Haarlemmermeer (Schiphol!!), Ajax / Johan Cruijff Arena, will best case have to adjust or worst case have to abort their ambitious initiatives with Huawei (see for example https://www.mijngroeve.nl/sport-en/ajax-huawei-break-up-the-contract/ en https://www.mijngroeve.nl/sport-en/ajax-huawei-contract-extension/. Just recently Arena/ Ajax has extended the existing technology agreement with Huawei by another 5 years. The football stadium is destined to become the hub of a super modern 5G network predominantly based on Huawei technology, which would also benefit the Bijlmer station and the surrounding emergency services …

Huawei in the Netherlands

KPN has announced this summer it still plans to use Huawei for the construction of the 5G radio network, but at the same time is going to reduce the usage of Chinese technology in the core of the network. To ensure its future business relationship with Huawei the Dutch company prefers to stick to the approach in which core and periphery of the 5G network are seen/treated as seperate entities. KPN and the Arena have just done a successful 5G trial for payments with mobile pin terminals, though no details have been released about the technology (Nokia vs Huawei!) used. The 5G network in the Arena needs to be in the air ahead of the Euro 2020 football championship.

Groningen-based UMCG hospital has meanwhile scaled down its plans for a joint research project with Huawei which aimed to reduce the risks of hospital infections. The original project would have required storage of patient movements onto Huawei’s hardware and an exchange of patients’ data with the Chinese side. The current WiFi network for guests in the hospital is still Huawei’s, as far as I know. But whether the UMCG is as close with Huawei as before, I am not sure…

There are numerous initiatives and plans with Huawei at local levels in the Netherlands, project details are often sparse: local administrators and authorities prefer to keep silent, the heated national (and international!) political debate on national security has caught them by surprize, see also https://www.trouw.nl/nieuws/nederlandse-partners-van-huawei-zijn-op-hun-hoede~b2567127/

Even though parliament and the Dutch people will have to wait ’til autumn to get a better insight into the critical parts of the network and the additional safety requirements, the AIVD, the Dutch intelligence service, has unequivocally concluded and reported Huawei is not a reliable partner …. It’s hard to imagine the Chinese company will suddenly be able to turn into a fully reliable 5G candidate in a few months time in the eyes of the AIVD. In short, Huawei will never be able to meet the new, stricter safety requirements, no matter any upcoming efforts by its PR department & senior management to convince the Netherlands of its reliability and integrity ….

The formal kick-off of the roll-out of the 5G network has shifted to “the beginning of 2020” instead of the end of 2019, the original dead-line. I suspect it might even become a bit later than the beginning of 2020. To establish nation-wide 5G coverage is a complex operation, which has to consider side-effects. To give just one example, the satellite receiving station in northern Burum, employed for intercepting satellite communication, must be relocated. Just like 5G it operates on the 3.5 GHz frequency, which will result in serious interference & potential disfunctioning of the Burum station. The Dutch authorities are studying if this station should be moved abroad (Germany?), to which some political parties might object. A solution has not been found yet! It’s very unlikely the whole of the Netherlands will be covered by a 5G network before the end of 2020, the government’s original objective.

The 5G rollout is also likely to end up more expensive than originally estimated. Several European countries & telecom companies believed they could save big bucks by siding with Huawei, with Dutch Prime Minister Rutte and Amsterdam/Ajax Arena being one of the main protagonists. But the cheapest way is no longer viewed as the acceptable way by the AIVD and the majority of Dutch parliament. Moreover, the choice for a 5G provider is not purely an economic or technological one, but a strategic decision in the escalating American-Chinese rivalry, the Rutte cabinet should have realized this much earlier. The lack of an overarching national and European ICT and security & technologicy policy and of a coherent national and European China strategy is coming back to bite the Netherlands and other European countries.