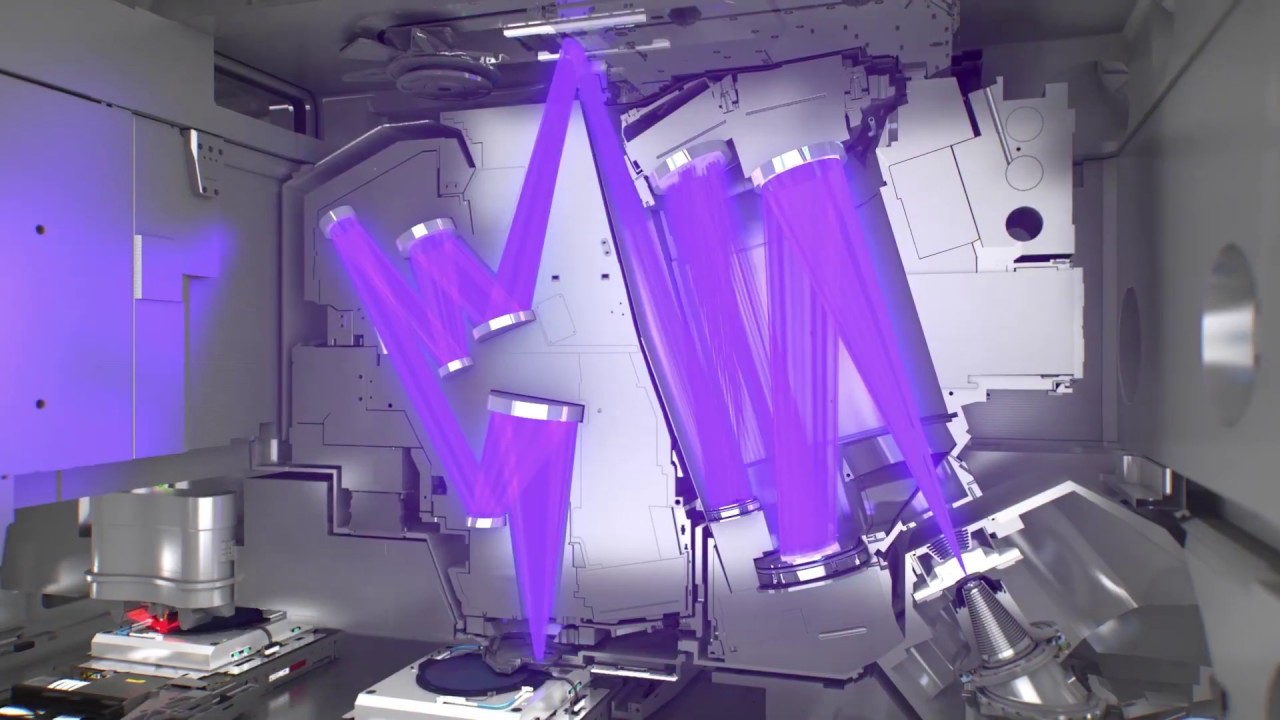 01/07/2020_Strikingly, it was the Japanese newspaper Nikkei who first revealed in November 2019 that the Dutch company ASML had still not received a license for the export of its most advanced lithographic (EUV: extreme ultraviolet) equipment to China. This equipment falls under the Wassenaar Agreement, in which 42 countries, including the Netherlands and the US, have made agreements about the export of strategic goods (so-called dual use goods, civilian goods that can be used for military purposes).

Yesterday, January 6, 2020, it was the international news agency Reuters which described in detail how the Dutch government, under heavy American pressure, decided not to grant this license to ASML….

This “scoop” did not make the Dutch national TV news. Reuters details the American campaign to put Prime Minister Rutte under repeated personal pressure to stop the export. Initially the Americans hoped to block it themselves with the argument that> 25% of the technology used in ASML’s EUV equipment was of American origin. In that case, ASML would have been subject to an American export permit.

The (technology) contribution of ASML’s American sister companies to the EUV equipment is in reality, however, less than 25%. Consequently the Trump government reverted to pressurizing the Dutch government and in particular prime minister Rutte to prevent the export: a development Rutte could of course have foreseen … if he would have had realized earlier on that the so-called American-Chinese trade war had already been transformed into a geopolitical technology war …

Why is this Reuters news significant? Currently only a few companies can develop the industry’s most advanced chips using ASML’s EUV equipment, think of Intel, Apple and Samsung. ASML is the only player in the world that can already offer these EUV machines. TSMC, the so-called pure-play semiconductor foundry in Taiwan, is a major buyer of ASML’s equipment, including EUV (estimated> $ 120 million per stepper).

TSMC’s key customers include among others Apple and Intel. SMIC, the much smaller foundry competitor in Communist China, had placed an order with ASML for EUV scanner(s) back in 2018, for delivery in 2019. The US government apparently warned Rutte several times in 2019 that with these EUV tools China would soon be able to make state-of-the-art chips for military devices such as satellites, cruise missiles and highly sophisticated drones … The Dutch prime minister ultimately seems to have succumbed to this American pressure… although he has obviously preferred to remain silent…

For have we heard anything from Rutte, Minister of Foreign Affairs Blok or State Secretary of Economic Affairs Keijzer, about this issue over the past few months? Or have they ever been asked any questions by the Dutch press? According to ASML Reuters is just rehashing old news: the company is still awaiting the permit (for 2020???) just like before… A spokesperson for the involved Dutch ministry said yesterday that no announcements would be made about licensing decisions towards individual companies. It symbolizes the absence of a transparent discussion in the Netherlands and Europe on how we should position ourselves in the escalating geopolitical conflict between the two superpowers … in which trade and technology have become intertwined with the issue of national, European and international security.

Both Rutte and Merkel have recently been very vocal in calling on the EU to take a joint position vis-à-vis China in order to mitigate the risk of Chinese repurcussions against individual European member states in the case of decisions unfavorable to China. Problem is that until recently all European leaders, with Rutte and Merkel at the forefront, were mainly busy expanding their own countries’ trade interests with China, without much regard for national or European security. Have we f.e. ever heard Rutte and Merkel talk about the eventual value and importance of European digital sovereignty? Have they taken any active role in at least initiating a debate?

The 5G rollout and the Huawei soap have been mentioned frequently in this blog. Germany’s parliament is still argueing whether to allow Huawei in the core and/or periphery of the 5G network. Merkel’s own partymembers have criticized her nonchalant stance. The country is awaiting a new (compromise?) proposal from CDU / CSU that should thereupon become a government policy with the support of the SPD, the coalition partner. Similar story in the UK. Prime Minister Boris Johnson, the man who as mayor of London warmly welcomed Huawei, has once again postponed his decision on this dilemma for another few weeks. He must be somewhat nervous: if he wants to secure a trade deal with America, he will probably have to drop Huawei either completely or at least for a big part …***

European governments and telecom operators have marketed the rollout of the 5G networks for too long as a mere upgrade from 4G to 5G with all sorts of benefits for consumers, enabling -above all- ever faster data traffic. The rollout of 5G obviously does mean much more. It forms the basis of a new digital infrastructure driving companies, industries and societies towards full automation, smart cities, cloud-based data management and artificial intelligence and ever more connectivity etc etc in years to come. It has far-reaching consequences for our society, citizens, enterprises and governments, privacy and security.

Moreover, it has become a key element in the high-stake geopolitical technology conflict between the US and China. And it poses the question whether after years of Chinese integration into the world economy, we are perhaps seeing the limits of that convergence, because Chinese and Western interests and values ​​are starting to diverge too much … Well worth a big public debate, one would think..

Rutte and Merkel c.s. probably have thought or hoped that the 5G dispute between America and China would turn out to be just another trade war. They may have believed that the unreliable and whimsical Trump would condone Huawei as soon as a trade agreement on agriculture would have been concluded with the Chinese. That may have been Trump’s personal and original motive for starting the trade war, yet the American opposition against Huawei dates much further back than Trump’s presidency and is supported by the entire Congress … For Congress, the 5G roll-out and technology transfers to China are closely linked to issues of national security and even the transatlantic cooperation/ alliance …

The lack of a Dutch China strategy and absence of any coordinated European China and digital/IT policy have become painfully clear. The Dutch public debate doesn’t really seem to get started either, though yesterday the Dutch TV did actually focus on one of our other very special China businesses, i.e. the import of the New Year’s consumers’ fireworks..…An explosive Dutch debate (as parliament wants to curb sales to Dutch consumers), yet completely unrelated to the Wassenaar Arrangement or the China-US “trade war”….!

At the start of 2020, all European governments are still struggling with the proceedings of the 5G roll-out, while the public has little knowledge of the larger issues lying behind this question …. The roll-out of the 5G mobile network is likely to quickly turn into one of the major geopolitical dilemmas of 2020 …. In addition, the technology dispute between the US and China is probably going to flare up again irrespective of the trade agreement that is about to be signed next week …. Rumors are circulating that the US government is considering to require export licenses for strategic high-tech goods even if American technology contributes just >10% of their content. Of course we all have to wait and see what’s really going to happen, but it could have far-reaching consequences for Dutch, Taiwanese and other Western high-tech companies….

***PS: on Jan 8 2020 Republican senator Tom Cotton introduced a bill that would prevent the United States from sharing intelligence with countries that allow Chinese telecoms giant Huawei Technologies to operate 5G network technology within their borders. Cotton, a vocal critic of Huawei, proposed a little-noticed provision in a defense bill signed into law last month that directs intelligence agencies to consider the use of telecoms and cybersecurity infrastructure “provided by adversaries of the United States, particularly China and Russia,” when entering intelligence-sharing agreements with foreign countries.

Thanks for tuning in to my ZFM Jazz broadcast  of  October 23 2022, the link to the full program ('Blowing Off Steam') is available..