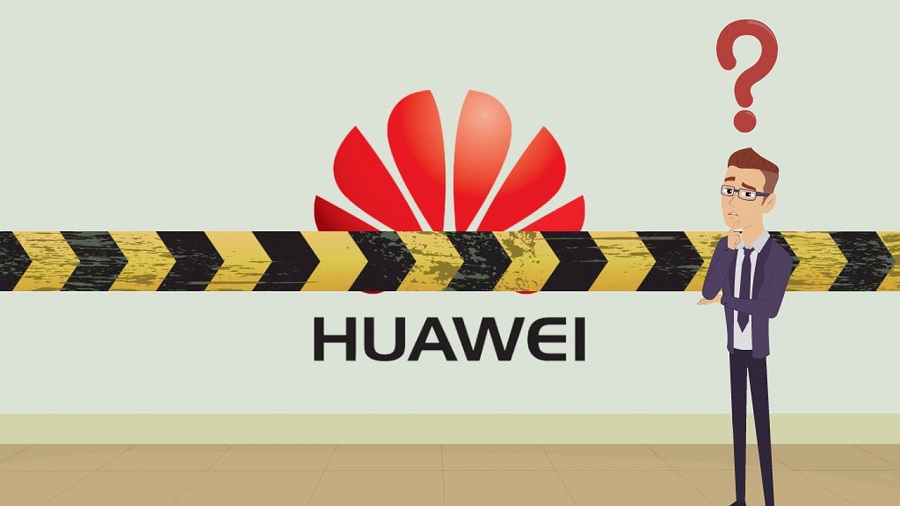 There it finally is, on Monday July 1, the long awaited letter from the cabinet Rutte to the Dutch parliament over the question whether or not to ban Huawei from the rollout of our 5G networks and on the overall Dutch strategy towards China. The indispensable 5G network which will allow machines to communicate with each other, enable self-driving cars and buses and make our increasing data traffic run faster, better and our lives more efficient etc etc etc. The letter is – tellingly! – not making any headlines in any Dutch news- or TV program, the media prefer to focus on the circus surrounding the new appointments of the European Commission.

As known, the government plans to auction off the 5G frequencies before the end of this year, authorizing telecom companies to offer the new 5G mobile networks to their clients. But the Dutch Parliament and the European Union are (finally!!) getting concerned about the security risks associated with the rollout of the network if Huawei’s equipment is used. The US, Australia, Japan and New Zealand have already banned the Chinese company from their 5G infrastructure build up. Under this international and domestic pressure the Dutch government has started at last to investigate how to tackle the security problems associated with the installation of our 5G network.

Due to the risk of misuse of the network by foreign (state) actors, an interdepartmental economic security taskforce has been set up under the leadership of the National Coordinator for Counterterrorism and Security (NCTV), represented by various ministries and several intelligence and military organizations. The Cabinet instructed the task force to come up with a risk analysis and a thorough advise, taking into account security and economic interests.

Based on the risk analysis, the telecom providers (KPN, T-Mobile and VodafoneZiggo) will be required to take additional security measures to increase the resilience of the 5G network, the letter says. Suppliers of services and products in the critical parts of the telecom network (see end of article for more explanation) will be exhaustively inspected and (re-) evaluated based on the new security criteria. The critical components are to be clearly identified based on the risk analysis. Within this week the parliament will be informed confidentially what those critical components and additional security measures exactly entail.

The Dutch government adds it supports more European cooperation in the field of 5G security! In the autumn the EU (= the agency for cyber security) will reach its own final conclusion based on the risk analyzes of the individual member states (see also article https://www.mijngroeve.nl/sport-en/ajax-huawei-break-up-the-contract/). Once the EU has issued its conclusion and laid out the regulatory framework for 5G, the Dutch government will put down the tightened safety requirements in a general administrative regulation. No word on Huawei yet: the Dutch are deferring their final decision on an eventual (partial) ban to the autumn, officially sticking to a “country neutral” approach!

A complicating factor is 5G networks are usually build upon existing 4G infrastructure. Tenders for the sales of 5G frequencies and related domestic security assessments have up to now fallen under the national competence of the EU member states. In Europe, including the Netherlands, Huawei is a dominant supplier of 4G equipment, despite repeated advice by the US -including Obama- not to engage with the Chinese. In other words, in several European countries Huawei is already part of the core of the network where customer data are transferred and stored.

Irrespective of the presence of experienced telecom players such as Nokia and Ericsson in Europe, Huawei has managed to gain a dominant position in 5G with Chinese state aid. Huawei is technologically advanced plus the cheapest. The two Scandinavian giants have fallen behind, especially after they were wiped out of the mobile phone market. The R&D budget of giant Huawei (annual turnover> US$100 billion) far exceeds the combined budget of the two Scandinavian enterprises, whose amalgated turnover is around USS$60 billion.

Interestingly enough the letter never mentions Huawei by name nor excludes the Chinese enterprise in advance from participation. Formally Huawei is given the chance to join the 5G rollout in the Netherlands. The Netherlands takes a country neutral position, no player or country is excluded at the outset. The Dutch government is cautious not to offend China and Huawei in public. However, the Dutch are clearly getting more concerned about the increasing cyber threats by state actors.

China is one of the largest cyber criminals alongside North Korea, Russia and Iran. For the Cabinet’s final position we have to wait ’til this fall, but the letter implies Huawei will at least be excluded from the core components of the network. By the way, the AIVD, the Dutch intelligence service, has already advised to fully exclude Huawei from our 5G network … Perhaps in the periphery of the network (eg masts, antennae) Huawei equipment will still be used because it is too expensive to completely replace existing 4G Huawei parts. Plus it would allow the government to diplomatically tell Beijing Huawei/China is definitely not banned from our 5G networks, unlike the US ….

To me it seems almost certain the rollout of the 5G networks in Europe will be delayed. European telecom providers have postponed the purchase of 5G equipment pending the political decisions in the different European countries and the EU final risk assesment. And even if Huawei’s equipment were to be excluded, it still needs to be awaited whether Nokia and Ericsson can meet all the stricter safety requirements: their devices often contain Chinese hardware … But for sure the rollout will be more expensive than originally estimated if Huawei is banned.

In a worst-case scenario (= if the Sino-American “trade war” is gonna last long), it is not inconceivable the global 5G market will be split in two: one based on technical standards and criteria determined by the West (Nokia, Ericsson, Qualcomm, Intel, Sharp), the other set by the Chinese (Huawei / ZTE). Huawei does have the strongest international position with regard to 5G patents: developing our own Western standard is easier said than done. And Nokia and Ericsson have considerable business in China, which they would not like to lose … The EU would probably like to prevent a division of the 5G market. A widely supported, international treaty on 5G standards, cyber security, data and IP protection might offer a way out, assuming the US, Russia and China would be willing to consent and adhere to such a multi-lateral agreement.

Whether the municipalities of Amsterdam & Haarlemmermeer and Amsterdam Arena/ Ajax will be allowed to continue on the same footing with their grand 5G scheme is very doubtful. They are anxiously awaiting the national task force’s & EU’s risk assessments as well as the subsequent tightened security regulations.

Brings us to the topic Trump. There has been a lot of fuss about his sudden announcement to remove Huawei from his blacklist. American chip makers may again supply parts to Huawei, he says during the G20 in Osaka. Reports appear in the media the President has made a U-turn and has accepted Huawei again. To me it seems a bit exaggerated: he is mainly busy with his re-election campaign here. The American chip manufacturers Intel, Qualcomm etc have all issued profit warnings in recent weeks due to the loss of their business with Huawei. Many of those companies, incidentally, agree with the US government’s firm stance on China regarding IP protection and free market access. However, they also believe the current sanctions against China and the total boycott of Huawei have gone too far.

The opportunistic Trump will perhaps allow the sale of components to Huawei again (it is currently unclear whether this waiver would only apply to existing Huawei mobile phone models and network equipment), hoping to ensure the high-tech industry’s support for his re-election. But the US ban against Huawei’s 5G equipment will remain in force. Moreover, America has delivered a strong message to the Chinese government: the US can almost kill Huawei’s (overseas) mobile business as long as the Chinese telecom giant is dependent on American chip manufacturers. And let’s not forget the entire US Congress regards Huawei as a threat to national security. Huawei will not get access to the most advanced American technology anytime soon.

Worldwide sales of Huawei phones have plummeted over the past month by 40% (month on month): the western consumer doesn’t want a Chinese phone without Google software support. Huawei’s brand name has been tarnished. The Chinese company has meanwhile acknowledged its turnover for this year will fall by at least $ 30 billion.

It’s hard to predict what the consequences of Trump’s approach will be for the long-term relations between the US and China. “Let’s wait and see” to quote the Donald. But the Huawei soap does teach the Netherlands and Europe they will be constantly trapped between the two rival powers as long as each individual member state (incl. prime minister Rutte) just follows its own path without caring for an overall European ICT, technology & security policy and geo-political strategy.

Let’s see what will be the outcome of the debate about the government’s letter in our Dutch parliament this coming Wednesday evening, July 3 2019! Oh dear, this debate probably won’t reach the news either: semi-final Netherlands – Sweden of the female world cup soccer!

Last Update: the debate has been moved from Wednesday evening to Thursday afternoon 4 July !!!!

Thanks for tuning in to my ZFM Jazz broadcast of October 17, 2021 titled 'Killer Swing From the Dune Ring!'

Link to the full broadcast to be published once available.