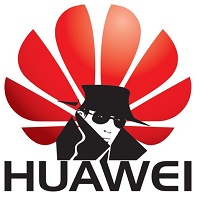 Awareness is growing in Dutch parliament the choice of a 5G provider is not purely economic or technological, but a sort of strategic decision in the increasingly tense American-Chinese rivalry. Everybody is awaiting the Huawei risk analysis and the final decision by the Rutte cabinet, deciding the role of Huawei in the rollout of the future 5G network. This analysis should have been available by the end of June …

Over the past 15 years, successive Dutch cabinets and the EU have lacked a sense of urgency to formulate a clear, coherent China strategy. No European leader should be surprized by the fact communist China would transform into a major player on the world stage and formidable power to be reckoned with. Nevertheless, we have rarely ever heard the Dutch prime minister on the question how to position the Netherlands and Europe in the changing international order. His cabinet has devoted just a few words on this topic in the rather vague China memorandum/letter of mid-May 2019. Perhaps in his eyes the problem is too complicated, too unattractive, unimportant or sensitive for a public discussion? But Trump’s shenanigans have forced Rutte and the EU to take a position.

The lack of an European strategy

To date, every European member state has its own foreign policy towards China, there isn’t any coordinated, effective and unified European strategy. The Chinese have taken advantage of this situation: for example, they have gained a foothold in southern Europe and in the Balkans in major infrastructure projects and strategic locations (such as in the port of Piraeus in Greece) without finding the EU in its way. The European business world has kept on doing business with China “as usual”, despite growing complaints and concerns about corruption, unfair competition and IP theft. The risks of not doing business with and in China and missing out on big market opportunities are deemed bigger than the dangers of doing business with the PRC…

Last week, the Advisory Council on International Affairs (AIV), led by Jaap de Hoop Scheffer and Joris Voorhoeve, published a lengthy opinion piece on the strategic positioning of the Netherlands and Europe between the US and China. According to the AIV, one thing is crystal clear: Dutch interests with regard to China must above all be defended and protected by the European Union. “This requires Dutch politicians to speak about Europe – proclaimed to be the vehicle to protect the core values Dutch society wants to keep safe – in ways which stress what unites us as European -from Irish to Swedes, from Portuguese to Bulgarians- in our history and in the wider strategic landscape of the 21st century, instead of focussing on typical Dutch interests and concerns and on what divides and seperate us “, according to the AIV. The piece also emphasizes Europe does not have to just blindly follow (the somewhat paranoid, E.R.) America, our continent does have room for maneuver. Remarkable comments coming from the mouth of two well known “Atlantici”, De Hoop Scheffer and Voorhoeve.

Generally speaking Europe becomes a topic in the campaigns of the major Dutch political parties about a week before any European elections. Once the results are in the interest and attention are quickly gone. Populist utopians such as Baudet and Wilders preach the Netherlands can run its own affairs and future very well without the EU. They just prefer to accuse Brussels of anything and everything whenever it benefits their parties politically. And Rutte himself is always very enthusiastic about the EU as long as it concerns economic issues. As soon as foreign policy and national security topics are involved, the liberal prime minister is a lot more skeptical and much less talkative, especially if a united European policy would imply a distance towards America. Rutte, incidentally, played a very active role in expanding and strengthening Dutch relationships with Huawei, as previously reported, during which we never heard him talk about any risks for our national security, see https://www.mijngroeve.nl/sport/ajax-huawei-wat-nu https://www.mijngroeve.nl/sport/ajax-huawei/

The AIV on Huawei

The AIV article contains a number of pages about the 5G / Huawei issue. The Council considers the danger of strategic dependence on the Chinese providers Huawei and ZTE greater than the espionage risks. Alongside Ericsson and Nokia, the two Chinese enterprises are the main parties which can deliver 5G technology. Huawei is ahead in technology development and is the cheapest 5G provider! If Nokia and Ericsson are pushed out of the market, Huawei will gain a monopoly position in Europe.

On the other hand, the AIV emphasizes “the dampening effect of economic and technological intertwining” between different countries on potential political-military conflicts. The AIV fears the breakup of the world into two power blocks (US vs China), resulting in a permanent state of trade war and increasing risks of military confrontation. In other words, the Council does not support the Trump government’s approach to constraint China’s inevitable economic progress through sanctions and trade wars and/or f.e. contain or eliminate Huawei by banning it from setting up the 5G infrastructure in the West by default. The AIV advises to encapsulate China and Huawei economically and technologically in our European (economic) system, creating a better European position to positively influence China’s behavior…

In addition, says the AIV, it’s crucial Europe will continue to invest in 5G itself, supporting its own European companies, to ensure competition and prevent strategical dependence on Chinese players. Nokia and Ericsson will be pleased to hear this advice. Europe needs to develop its own IT policy, invest more in its hi-tech industry, and significantly expand the research budget for artificial intelligence, etc. What is needed is more Europe, not less, we read between the lines of the AIV report.

For EU member states, the auctioning of 5G frequencies is a national affair/competence. Risk and national security assessments of the 5G roll-out are domestic affairs too. With regard to Huawei, the AIV seems to favor Theresa May’s approach of April 2019, in which “the core and outer ring of the 5G network” are seperated and Huawei will only be given access to the latter. Germany too is still of the opinion business with Huawei should be acceptable under certain (contractually binding) strict conditions: for example the company will be forbidden from providing any stored data to the Chinese central government/communist party. The supplied Chinese equipment will also have to meet additional (security and quality) requirements. Otherwise Germany will reserve the right to exclude Huawei. Huawei has indicated it surely can and will meet these new requirements, even though no one currently knows what exactly they will entail …

Theresa May will step down on July 23. Loose cannon and opportunist Boris Johnson is her likely successor. As mayor of London (2008 – 2016), he very actively promoted Huawei as part of his promise to make London “the smartest city of the world” by 2020. As the capital’s boss, he explicitly stated it would be economic madness to shut out Chinese investments in London’s infrastructure – including the 5G network.

But Boris the prime minister, the man who has promised to realize the Brexit “deal or no deal”, will probably soon strike a completely different tone against Huawei. To tighten the ties with his buddy and super-opportunist Trump Boris might well sacrifice Huawei, just as he suddenly turned into a brexiteer ‘cos he saw conservative leadership opportunities for himself. Note his uttererances on Huawei of these past days: ““We should not be doing anything that will deter cooperation with our most valuable intelligence partners, the Five Eyes,” he says on a campaign tour last Friday. The Five Eyes are the US, Australia, Canada, New Zealand and the United Kingdom, whose intelligence services share secret information. All those Five Eyes’ members except the UK and Canada have already banned Huawei as a 5G provider. Trump has threatened to cancel the Five Eyes’ cooperation with the UK if the English allow Huawei. Within the English Conservative party the voices for excluding Huawei are getting stronger, if Johnson is to become party leader he won’t be able to ignore them.

Telecom experts are divided over the usefulness of partially excluding Huawei in the roll-out of a 5G network. According to some, the Chinese telecom company could, if it wants, still engage in spying or hacking in the ring of the network. Anyway, according to the Dutch AIV this is not at the heart of the Huawei debate: that should be centering on the risk of strategic dependence on China and the benefits of economic and technological interdependence. Europe and the Netherlands will have to find a balance between the two…..

Prime Minister Rutte visited the Chinese government in Beijing last week on his way to the G20 in Osaka. After Germany, the Netherlands is China’s largest trading partner in the EU. The Huawei topic will undoubtedly have been discussed in Beijing and also informally with various Western world leaders in Japan. Rutte will have listened in to Macron and Merkel, both of whom have not completely banned Huawei. Today Rutte is back in Brussels, where he will also poll the latest sentiments on Huawei among the other European leaders.

Our prime minister is probably an advocate of the Theresa May’s approach to Huawei following the advice of the AIV, though he has so far kept his lips tight. He won’t be able to do this much longer, since the June deadline has already passed. We will finaly see him with his trousers down…. his decision on Huawei will also give us insight into our governments’s stance on our relationship with the US, a joint European foreign policy and the role of Europe between the rival great powers, the US and China. It’s about time….