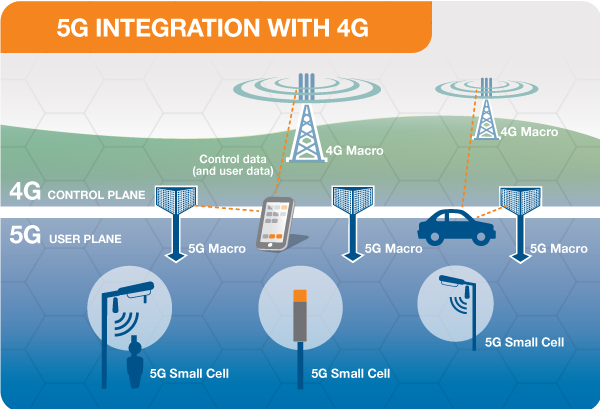 12/07/2019_Yesterday, finally, the Order in Council (“AMvB” or general administrative regulation: a government decision without parliament involvement) was published by the Dutch government to guide the roll-out of our 5G network. A similar European guideline had already been issued in Brussels the day before. https://www.mijngroeve.nl/history/us-eu-and-china-further-escalation/

The EU and the Rutte cabinet had to face the music after months (years?) of deliberations and delays, as regularly described in this blog. Without mentioning Huawei by name, the AMvB states that unreliable suppliers of 5G equipment must be excluded from the core of the network. Who could be considered unreliable? A supplier who is suspected of being involved in espionage or sabotage and who has the ability to shut down the entire network. Or a supplier who comes from a country that obliges its citizens and companies to work closely with its governmental and intelligence services (= Huawei / China). The final assessment will be done in consultation with the NCTV (National Coordinator for Counterterrorism and Security) and the Dutch intelligence services, who identified Huawei as a threat to national security earlier this year…

The AMvB does focus on the core of the network and not on the radio access network (the connection between telephones and towers). According to the Dutch newspaper NRC, 2/3 of the Dutch mobile connections are about to be conducted via Huawei’s radio networks. The question is whether the telecom operators KPN, T-mobile and Vodafone / Ziggo will come under (local) pressure to also rid radio networks of Chinese content: the AMvB could be applied to the existing 4G infrastructure too. The socalled collateral or “consequential damage” will have to be compensated by the government because the AMvB has been issued at the very last minute, just a few months before the scheduled rollout (which has now been delayed by a quarter to Spring 2020 anyway ).

For years, Dutch Prime Minister Rutte has failed to initiate any discussion about the desirability or necessity of using Chinese suppliers for the construction of our digital infrastructure, as a result of which commercial and other parties in the Netherlands took matters in their own hands. Rutte has in fact been one of the driving forces behind the close relations with the Chinese telecom giant ….https://www.mijngroeve.nl/sport-en/ajax-huawei-contract-extension/ Maybe he could also have paid a visit to Ericsson and Nokia in all those years he has been running our country?

T-mobile, which purchases the core equipment of its mobile network from Huawei and has outsourced management and maintenance to Huawei Enterprises since 2014, will have to adjust its policy. KPN decided to ban Huawei from its core this summer, yet was reported to have already begun installing Huawei’s 5G towers a few weeks ago. The Cabinet has been questioned over this by Dutch Parliament… The problem for the public debate is that the government still has not clarified what the critical components of the network are. For example, KPN has outsourced part of its customer registration to Chinese ZTE (= nowadays Alibaba), does that fall under core or periphery? A more fundamental question is whether core can even be seperated from the periphery when talking about security in a 5G system…

On 5 December, State Secretary Mona Keijzer (Economic Affairs and Climate) started the so-called consultation for the auction of the frequencies for fast mobile communication. This so-called “draft regulation” contains both the proposed set-up and the minimum value (0.9 billion euros) of the national auction in the spring of 2020. The auctions for three different frequencies (700, 1400 and 2100 Mhz) will be done in phases in the coming six months. The auction of the much more expensive and most suitable 3.5 GHz frequency will only happen in 2022. Currently the Dutch intelligence service is using this frequency for its interception satellites in the far north, in Frisian Burum , making them susceptible to interference from the new 5G network. That eavesdropping park will have to move to an unknown foreign location (Germany or Denmark?), as highlighted in one of my earlier blog posts.

Will the AMvB be the end of the “public discussion” about the Dutch 5G roll out or just the beginning? As described earlier, in Germany, Merkel is under heavy pressure from her own CDU to completely ban Huawei. Deutsche Telekom, also owner of T-Mobile Netherlands, has suspended all plans with Huawei pending her decision/clarification (and that of the Bundestag). https://www.mijngroeve.nl/history/5g-roll-out-merkels-headache/

Minister of Foreign Affairs Blok still has to present his new China strategy. The human rights situation in China could become an increasingly difficult topic in the relationship between the Netherlands / the EU and the People’s Republic https://www.mijngroeve.nl/history/holland-europe-china-strategic-questions/ and https://www.mijngroeve.nl/history/taiwan-and-holland-sandwiched-in-the-geopolitical-technology-war/ The AMvB can be seen as an attempt to find a middle way between the open Dutch economy and the enormous pressure exerted by the Americans on Europe to exclude Huawei.

Nevertheless, the Dutch Cabinet seems to finally harden its attitude towards China: the Netherlands is going to ask for more protection of European companies against foreign competitors with state aid, eg. from China, in the EU … If the EU and Rutte had done so several years ago Huawei would have never achieved the position in Europe that it has managed to secure today. And Nokia and Ericcson would have been in a much better position…

The Dutch government has proposed extensive and stricter competition supervision to the European Commission in order to be able to investigate at the earliest possible stage and to enforce it more effectively. State Secretary Mona Keijzer has sent a letter about this so-called “level playing field instrument” to Dutch parliament. Keijzer: “We would like to continue to do business with countries from outside the EU. As a trading nation, this has always given the Netherlands an economic advantage. But that market must be fair and not disturbed by companies that enjoy improper competitive advantages thanks to their home situation. The government proposes to improve enforcement with new EU supervision.. In this way we ensure that all companies, including those from third countries, comply with the competition and anti-trust rules that apply here. “

The government proposes enforcement measures or retaliation if a third-country company threatens to distort competition in the EU internal market through government support such as financing, the supply of raw materials or semi-finished products or knowhow. Whether this hardened Dutch position will also result in an export ban for ASML for its most advanced (EUV) lithographic equipment to SMIC, the pure play semiconductor foundry in China, we will soon find out … To date, the Dutch supplier is still awaiting such a license ….. Maybe a good question for Rutte’s weekly press conference?

© http://www.emfexplained.info
5G network architecture illustrating 5G and 4G working together, with central and local servers providing faster content to users and low latency applications.
A mobile network has two main components, the ‘Radio Access Network’ and the ‘Core Network’.
The Radio Access Network – consists of various types of facilities including small cells, towers, masts and dedicated in-building and home systems that connect mobile users and wireless devices to the main core network. Small cells will be a major feature of 5G networks particularly at the new millimetre wave (mmWave) frequencies where the connection range is very short.  To provide a continuous connection, small cells will be distributed in clusters depending on where users require connection which will complement the macro network that provides wide-area coverage.
5G macro cells will use MIMO (multiple input, multiple output) antennas that have multiple elements or connections to send and receive more data simultaneously.   The benefit to users is that more people can simultaneously connect to the network and maintain high throughput.  MIMO antennas are often referred to as ‘Massive MIMO’ due to the large number of multiple antenna elements and connections however the physical size is similar to existing 3G and 4G base station antennas.

The Core Network – is the mobile exchange and data network that manages all of the mobile voice, data and internet connections.  For 5G, the ‘core network’ is being redesigned to better integrate with the internet and cloud based services and also includes distributed servers across the network improving response times (reducing latency).
Many of the advanced features of 5G including network function virtualization and network slicing for different applications and services, will be managed in the core.
The first illustration below gives an example of local cloud servers providing faster content to users (movie streaming) and low latency applications for vehicle collision avoidance systems. The second illustration shows 5G and 4G working together, with central and local servers providing faster content to users and low latency applications.