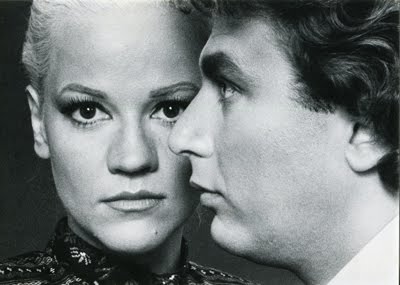 The self penned songs on this LP are unfortunately not all equally strong, but the album is very entertaining nonetheless. The production is sometimes just too kitschy. On the track “The Prisoner”, Gary Wright from Spooky Tooth joins on keyboards. The band makes a second LP in 1987, entitled “40 days”, before calling it quits. Singer Antoniadou is also a member of a Greek Eurodisco band, Anno Domini, around the same time. After 1987 there are no traces of Dora’s singing talents anymore: on Greek internet sites it is written that a car accident already ended her life in 1987. Others claim that she dies of cancer in 2003.

As a Greek dessert, Psycho’s “The Prisoner”, carried by Dora Antoniadou’s opera-like singing