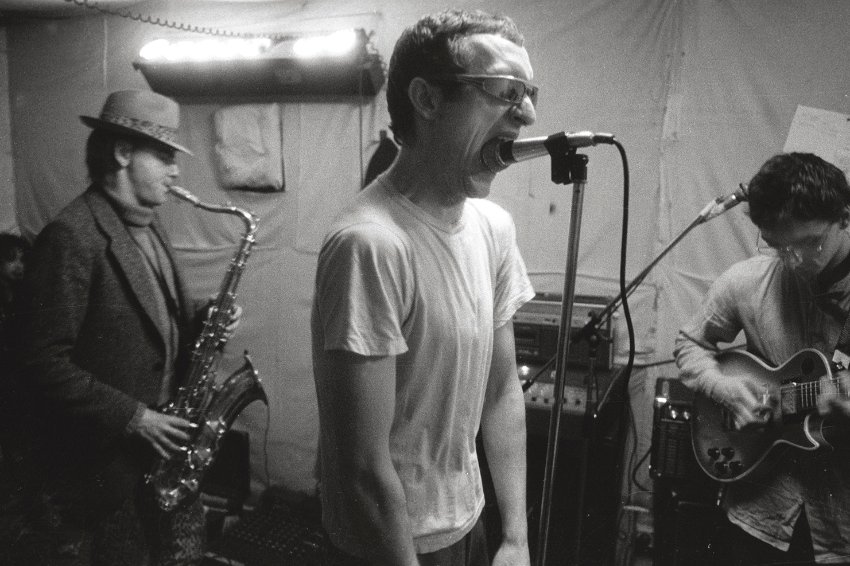 Germany has produced many great musicians for decades, in every genre. An excellent band that perhaps does have a greater cult status in the Netherlands than in Germany is Me & The Heat by singer Tom Meger with his characteristic voice somewhere in between Captain Beefheart, Joe Strummer and Nick Cave.

After a lengthy prison sentence, former junkie Meger, who once roamed the streets of Amsterdam, embarks on a career in music, resulting in 1984 in “Game of Position” from Me & The Heat. This German post-punk band from the Ruhr area combines industrial, new wave sounds with jazzy twists and turns. The impressive debut album even harbours a funky, Talking Heads-like song, “Babylon, Babylon”. All tunes have a dark, threatening atmosphere, nourished by Meger’s alternately growling, wailing and howling vocals, scary lyrics and terrifying recital. A good example is our smasher of the week, “Where Has My Heart Gone”, a compelling, dark ballad:

Meger is a performance artist a la Iggy Pop: his concerts are intense experiences with a lot of blood, sweat and tears. He leaves an unforgettable impression on those who see him perform in the club circuit in the Netherlands.

During the recording of the album the idiosyncratic singer-songwriter clashes with the guitarist and trumpet player Bernd Kramer. Me and the Heat implodes rather quickly. Meger continues solo under the name Tom Mega and even ventures into (German) chansons. Yet despite high quality songs success proves elusive. As far as I know, he does not release any new music after 1994 and limits his performances to the Ruhr area.

In 2002 his life comes to an abrupt end, the details of his death are as horrifying and murky as his lyrics. Meger is in the wrong place at the wrong time and perhaps hanging out in the wrong scene again. If we are to believe the stories of people around him, he is attacked in his house by a group of “young people” on the eve of a new tour: he is allegedly hit on his head with a gun. Despite a severe headache he decides to perform two days later. During the concert his house is robbed, probably by the same group of youth. The singer is devastated upon learning his place is looted. His computer on which he has stored his new songs is gone. Another day later the desolate Meger is found dead at home, probably due to a fatal combination of internal head wounds, alcohol and methadone.

As an encore “Babylon, Babylon”, a terrific and terrifying song!