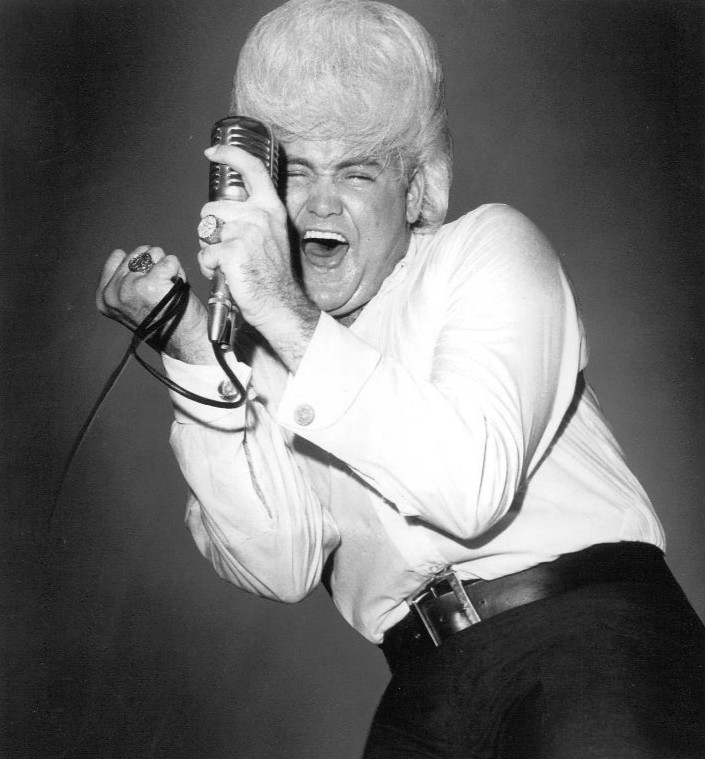 In the 50s and 60s many white teenagers in America are mesmerized by “black music.” Such as the young kid Wayne Cochran from Thomaston, Georgia (born May 10, 1939), who gets infected by the R&B and soul virus. He drops out of school to pursue his musical dreams. Blessed with a mighty throat and raspy voice, he starts to make an impression from the mid-50s, but he does not score any national hits. He writes his own songs (for example Last Kiss covered by Pearl Jam in 1999) and does covers of his favourite black tunes.

In the early ’60s he gets acquainted with Otis Redding and allegedly plays bass on his “Shout Bamalama”. Cochran wins record contracts with larger labels such as King and Mercury and eventually Chess, but the LPs never really manage to capture his wild live act. He sports a hairstyle unmatched even by Trump today. On stage he brings an energetic, jumping soul revue, accompanied by a very good band, the C.C. Riders.

Black and white critics often dismiss Cochran as a James Brown rip off. His hairstyle also begins to work to his disadvantage, the reviews usually focus more on his hair than his music. Cochran greatly admires Brown and obviously is influenced by him, but Wayne has being doing his own thing way before Brown became widely known. He wants to make music that touches and moves people and never thinks in terms of race or colors. He just wants to share his love and enthusiasm for R&B with as many people as possible. In the early 1970’s his C.C. Riders band includes a very young Jaco Pastorius, the bassist who will later gain world fame. The Blues Brothers bring a well-deserved tribute to Cochran in the 1980s by recording his swinging song “Going Back to Miami”.

Cochran continues to make records into the 1970’s. Wild shows, sex, drugs, rock & roll are taking their toll. Wayne has damaged his vocal cords, descends into depression and contemplates suicide. His marriage falls apart. Cochran takes a drastic step: he goes into rehab, renounces drugs and establishes his own church (Voice for Jesus) in Miami around 1983. Pastor Cochran believes in the power of music: his sermons ain’t a quiet affair. Or as he says in an interview in the Miami Herald: “If you don’t want to become ecstatic, don’t come to this church. There ain’t no tombstones sitting in there and if they are, we’re gonna resurrect them. We have a good time. We boogie. ” Boom Boom Boom Boom!

Pastor Cochran likes to spread the gospel of the Lord and the healing power of music. He is a born performer and preacher. A soul man. The real deal. Following a bout with cancer he dies in November 2017, aged 78, leaving behind a thriving and swinging church.