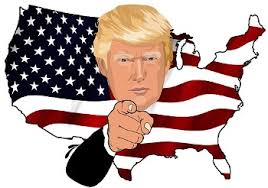 06/01/2019_In a previous post I have highlighted the special relationship between the Netherlands & Ajax with Huawei. This Dutch-Chinese collaboration has come under pressure by Trump’s actions against the Chinese telecom giant:

The US has tigthened the screws on Europe in order to block Huawei in the roll-out of the 5G infrastructure in the West. The Trump government has put the squeeze on China (and those who are not yet on the American side) by labeling Huawei’s 5G devices and equipment a threat to US national security, placing them on the list of prohibited products. The European governments face a dilemma. Banning Huawei will upset China, yet endorsing the Chinese company will further endanger an already shaky transatlantic relationship. Major chip and software suppliers to Huawei such as Qorvo, Panasonic, ARM and Google have immediately stopped their deliveries to the Chinese giant, European chip suppliers (STMicroelectronics, Infineon, NXP) are in limbo: will they be punished by the US if they continue their trade with Huawei?

The latest actions of the American president against Huawei seem to have caught the Dutch government and Europe off guard. But the American campaign against the Chinese company is all but unexpected: the American distrust of the Chinese company does have bipartisan support in Congress and has been growing for over a decade. To this day Europe and the Netherlands have not formulated any formal, unified response or position towards to the American accusations against Huawei and China. Rutte’s government is busily completing “a China strategy and 5G risk assessment”. The European Council has decided all EU member states should have their risk analysis ready by the end of June 2019, upon which the EU cyber security agency will consolidate the key inputs & conclusions of each member state into a final advisory report.

All the Dutch government has issued so far is a scanty “China memorandum” to the Dutch parliament on May 15 2019. The Huawei question is left untouched, it’s deferred to the end of June. Whereas in 2018 Prime Minister Rutte is still delighted to present an award to Huawei for its major investments in the Netherlands and its outstanding contributions to Sino-Dutch co-operation, in the May memorandum his government admonishes the Dutch to take a “constructive-critical attitude” towards China: “we want to collaborate with China on the basis of shared interests, without ignoring or denying ideological differences … But we also need to keep an eye on, among others, (economic) security, cyber espionage, to protect our norms and values” according to the note. In short, the government wants “to seize opportunities where it can, but also protect where it needs to.”

In all its communications about China, the Dutch government is walking on a tightrope: it does not want to upset Washington nor Beijing in public. Europe, in particular the United Kingdom and Germany, has up to today refused to exclude Huawei as a 5G provider. The British currently seem to incline towards a partial ban of Huawei, meaning the Chinese company would be left out of the core of the network. Would Rutte himself also prefer and dare to take such a middle ground in the face of the ever increasing American pressure and growing American-Chinese technological dispute? It’s a big question mark.

Trump ironically wins the elections in 2016 by preaching the doom and gloom of the US: a downfall can only be reversed if traditional industries such as coal and steel are revived. He talks disdainfully about Silicon Valley. But in his fight against China Trump relies heavily on Silicon Valley. The last year has proven Silicon Valley and the American hi-tech are still reigning supreme. It will be hard for Huawei to survive without any support from American chip suppliers such as Qualcomm and Qorvo and the software services of Google. As corraborated by the earlier ZTE case, the US does have the power and ability to bring down China’s hi-tech companies.

Obviously the Chinese will be even more keen to limit their dependency on American hi-tech by accelerating the development of their own semiconductor industry. Europe has missed out on the digital revolution in many ways. There is no credible European version of Facebook, Google, Apple, Amazon etc. Many European doors were initially opened wide for Huawei’s 5G solutions, also by the Dutch. Europe does of course have European chip manufacturers like STM, IFX, NXP and the telecom giants Ericsson and Nokia. And leaders in the field of cyber security and encryption such as Gemalto/Thales and Idemia, crucial for cloud database management. In other words, is Europe really incapable of getting a 5G network up and working across Europe in a timely and secure manner without the participation of Huawei?

I am curious as to how Europe would like to position itself between an over ambitious, distrusted and still communist China and a bullying USA with its “America first policy”, which is likely to linger on in parts of American trade and politics even long after Trump is gone. How is Europe going to stand up for itself in the growing US-China rivalry, can or does it want to cherish and ensure its own, powerful and independent hi-tech/ ICT industry (but also car industry!) in the future?

Will Europe and the Netherlands look more critically at takeovers of European hi-tech companies not only by Chinese but also by American companies? Does Europe want to acquiesce in American technological dominance? Is America still a reliable partner? Does Europe assume after Trump everything will be back to normal, i.e. American and European economic and security interests will be in sync again? We have hardly heard Rutte or any of the Dutch political parties on these crucial issues in the European election campaign.

I didn’t realize writing my earlier blog in February 2019 Ajax/Amsterdam Arena has actually extended the technology cooperation contract with Huawei for another 5 years during the smart city expo in Barcelona in November 2018!! The Johan Cruijff Arena must become the hub in a 5G mobile network to be launched by 2020, which would benefit the various surrounding government services, the soccer fans, the Bijlmer station, residents and businesses. Amsterdam likes to dream big of the Arena as “the world’s smartest stadium”, but apparently nobody has ever questioned whether it would be very smart to let this come true with the help of Huawei. In the meantime, Trump’s America has opened the frontal attack on the Chinese telecom giant…

In Amsterdam, known for its outspoken people, there is a deafening silence on the status of 5G plans with Huawei, an Ajax sponsor, by the municipality, the soccer club and the Arena. Interestingly in the Dutch media suddenly many more stories about Chinese espionage are popping up: first about an old ASML case and on May 16 the news in the Volkskrant the Dutch intelligence service AIVD has kicked off an investigation into Huawei’s involvement in Chinese spying in the Netherlands. … If ever the Dutch government decides to not partially but fully ban Huawei, it naturally would like to argue this decision has not been made under American pressure but after “thorough, independent investigation” …. Our Prime Minister Rutte would undoubtedly phrase it much better than I would ever be able to do, after all he is the master in changing his positions and views without ever getting into serious trouble.

In Amsterdam, at Ajax, the Arena and the municipality office, the final conclusions of the Dutch cabinet on Huawei are anxiously awaited. The risk analysis will probably determine if the club can continue to talk to the Chinese partner or has to break up the cont(r)act, the latter making the dream of the smartest stadium in the world immediately vanish…or perhaps really come true?…… in short, to be continued….

Thanks for tuning in to my ZFM Jazz broadcast of October 17, 2021 titled 'Killer Swing From the Dune Ring!'

Link to the full broadcast to be published once available.